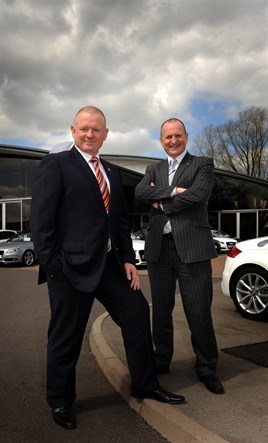 For the past three years, Swansway Garages has appeared in the Sunday Times’ Best Companies to Work For list, becoming only the third dealer group to do so and its position in the chart of businesses finding favour with the humble employee rather than investors or City bean counters is rising.

Unlike fellow AM100 companies such as Sytner, a name regularly cited in interviews as one to watch by dealer group bosses looking for staff satisfaction and profitability, and Peter Vardy, a relative newcomer to the sector, which often speaks of its employee and community support initiatives while making impressive profits, Swansway seems to have appeared from nowhere.

It may have hit the headlines in a very positive way, starting with its first listing in the ‘cuddly bosses’ list in 2011, but the company insists the journey has been a long, hard one – and it has some distance to go before anyone can feel comfortable talking about small acorns growing into mighty oaks.

It was started after Smyth had made a success of his first dealer group Radcliffe Road Garage (RRG), creating Europe’s largest Toyota dealer group before selling it in 2000.

Father to three sons, company directors David, John and Peter, Michael (74) – a true patriach who thought about early retirement for one moment 13 years ago – saw the creation of Swansway as the opportunity to fulfil an ambition to “put quality first, with the best brands, sold and serviced in the best centres, run by the best staff”. And Swansway will never be for sale, they all agree.

So, with its laudable aims, why has it taken so long to come to some sort of fruition?

“I can tell you there wasn’t a light bulb moment,”  Peter said. “We always wanted to be where we are now, but we left a company my father had run successfully for 40 years to effectively start afresh and didn’t appreciate how important the culture within a business is – and how long it would take to establish.”

Making it more difficult was the formation of Swansway from three other businesses (see 'The Smyth family and the origins of Swansway Garages').

The mixture of plc, privately-owned and their own latent RRG experience resulted in a “melting pot of cultures”.