One third of UK buyers ready for online new car sales, according to GfK Automotive 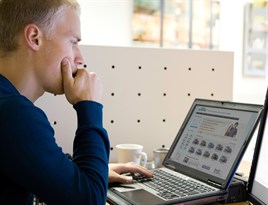 Nearly one third (31%) of under 35-year-olds in the UK would buy a new a car directly via the internet, according to GfK Automotive, the market research company.

GfK argues that the experience of going to a dealership is changing, with 80% of respondents believing they having all the information they need on a particular car before stepping into the showroom.

At the start of the Millennium, the automotive industry was confidently forecasting that new car buyers were about to enjoy the benefits of online purchasing. Unfortunately the predictions proved premature, but GfK believes this new research indicates a tipping point.

Damian Long, divisional director for GfK Automotive, said: “People now come to view a car model for reassurance and for a test drive - rather than to be sold to.

“BMW’s recent decision to make their new i3 electric car available to buy online is a significant event.

“With Mercedes-Benz also announcing plans for online sales in Germany by the end of the year and then Poland, buying cars directly from manufacturers via the web is only going to gather momentum.”

The BMW i3 can be bought online in the UK but customers will still visit a traditional dealership during the sales process.

Long said social networks are also playing an increasingly important role in the decision making process with 16% of under 35-year-olds using Facebook for research before buying a new car vs 2% of older drivers.

Long said: “Although they’re at different ends of the market, Renault’s Dacia brand is already selling its low-cost cars via the web in Europe to defend its leadership of the region’s budget vehicle market.

“And with the world’s biggest search engine set to enter the market in the US, the next place you buy a car may soon be Google. The move is set to revolutionise the market, improving transparency and empowering consumers as automotive pricing data becomes increasingly normalised and easily searchable.”