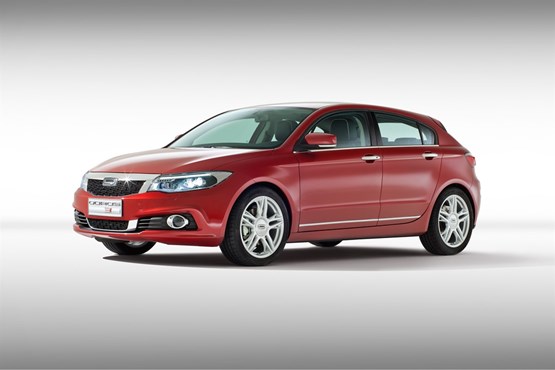 Chinese-based Qoros has revealed its new Qoros 3 hatch which will be at the Geneva Motor Show on March 4.

The new model is similar to the saloon model which was revealed last year, but has more of a European look with new rear lamp clusters, tailgate, front grille, front bumper and front fog lights.

The hatch model is likely to be more popular with Western European customers.

Each Qoros 3 hatch will come with an eight-inch touchscreen infotainment system - Qoros MMHTM (multimedia hub) as standard. The majority of the Qoros 3 line-up will also come with QorosQloudTM, which offers drivers free-for-life services with 3G connectivity, including vehicle monitoring, social networking and satellite navigation. The system integrates with other digital devices through a dedicated website and smartphone apps.

The hatch share the same engine line up as the saloon version, with 1.6-litre naturally aspirated and turbocharges engines with six-speed manual and dual clutch automatic transmissions.

The Qoros 3 hatch will be manufactured in the brand's new plant in Changshu, China, on the same production line as the Qoros 3 saloon.

The Chinese brand is still considering entry to the UK market and was awarded five stars in the Euro NCAP safety test for its Qoros 3 saloon. The Qoros 3 was also the safest car overall in 2013, scoring the highest amount of points in Euro NCAP’s safety test.

An international team of 25 people based in Shanghai is running the business, with executives from Fiat, Tesla, VW and former JLR and BMW engineers, as well as ex-Mini head of design Gert Volker Hildebrand.

Qoros started sales in China and has started rolling out models of its Qoros3 to Slovakia. It is expected to enter more European countries in 2014.