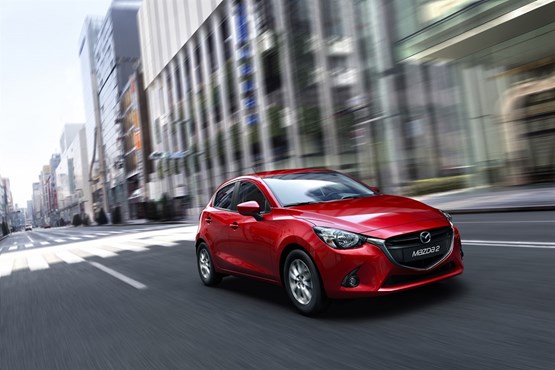 The all-new Mazda2 is set for launch and will make its first public appearance at the International Festival of Rome from October 16-25.

The five-door hatchback will also be the highlight of several national motor shows and other events in autumn and winter.

Under the bonnet is one of four engines including the SKYACTIV-D 105ps 1.5-litre diesel and the petrol-powered SKYACTIV-G 1.5-litre in three variants producing between 75ps and 115ps.

The Mazda2 isn’t short on tech either, with the active driving display featured in the new Mazda3, MZD Connect, which brings passengers online in complete safety and the i-ACTIVSENSE active safety systems, including blind spot monitoring which keeps track of blind spots to the rear and sides of the vehicle, all coming as standard.

Mazda is taking an unconventional approach with its European launch strategy this time around, rather than concentrating on major international motor shows, the company is promoting its supermini at a number of regional events, including the International Film Festival of Rome from 16-25 October at the MAXXI Museum of 21st Century Art and upcoming motor shows in Zurich, Vienna and Brussels, before going on sale early next year.