The motor industry needs apprentices and graduates to succeed 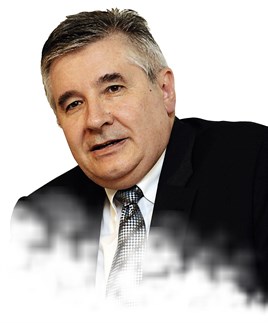 Any student of business knows there is a fundamental tension between structure and strategy. Business failure is often caused by its structure dictating its strategy, whereas it should be the other way around.

The motor industry is an example of structure and strategy sometimes not being particularly well aligned.

Another area where they struggle to co-exist is in education, where the career paths of young people seem to be determined at the age of 16. Anyone born after Sept 1, 1997, now has to stay in some form of education or training until their 18th birthday. The options are:

♦ An apprenticeship or traineeship

♦  Part-time education or training – as well as being employed, self-employed or volunteering for 20 hours or more a week.

There is more than one route to success

The problem is that these are portrayed as being unrelated options. There is a famous sign at the start of a long dirt track road in the outback of Australia, which simply says: “Choose your rut carefully. You may be in it for some time.”  To a large extent, the young person is directed to make a choice with little option of switching.

This came to mind when I read Steve Nash’s comments about the IMI and its welcoming of Vince Cable’s support for apprenticeships. AM published an article last month in which the benefits of automotive apprenticeships were quite rightly extolled (am-online.com/apprenticeshipsIMI).

As I have written before in this column, the apprentice schemes offered in our sector are brilliant by comparison to some in other sectors. They are a genuine option for young people and with the right employer can lead to enhanced career development.

My problem is that the discussion is surrounded by statistics that try to make the case for one route over the other based on monetary return in the short run.

For example, the AM article states: “Calculations predict that those who pick vocational training in the motor trade will have earned on average £60,000 to £100,000 more than the academic students by the age of 25.”  This is undoubtedly correct, but the figure would not be that different if they had been selling burgers from the age of 16.

Also, by going down the ‘academic route’ there is the issue of student debt. I have no problem with what is being said, but it is a position that polarises the structural problem.