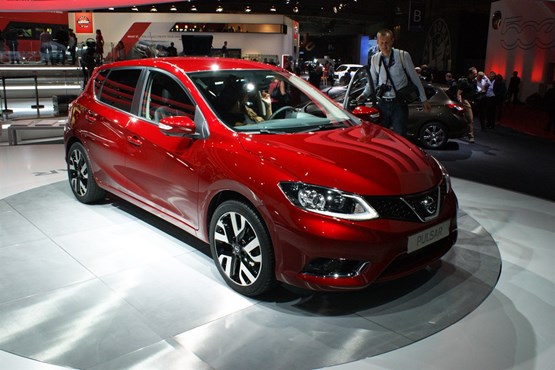 Nissan officially unveiled the all new Pulsar at the Paris Motor Show, yesterday.

The arrival of the all-new five-door hatchback gives Nissan its strongest and most complete line-up in its history.

The Pulsar line-up features three engine options, with the most powerful being the 1.6-litre DIG-T variant, producing 187bhp.

The 2014 Paris Motor Show also highlights Nissan's ongoing development of the NISMO brand - which celebrates its 30th anniversary this year. In addition the global debut of the Pulsar NISMO design concept, Nissan showcased a fully updated 370Z NISMO model. The new model benefits from technical upgrades developed as part of the GT-R NISMO project, with the end result being the sportiest production 370Z ever offered.

Another new NISMO model shown was the new 215bhp Juke Nismo RS – having made its debut at the Geneva Motor Show in March, the latest evolution of the acclaimed Juke Nismo RS appeared at Paris ahead of its showroom debut in December.