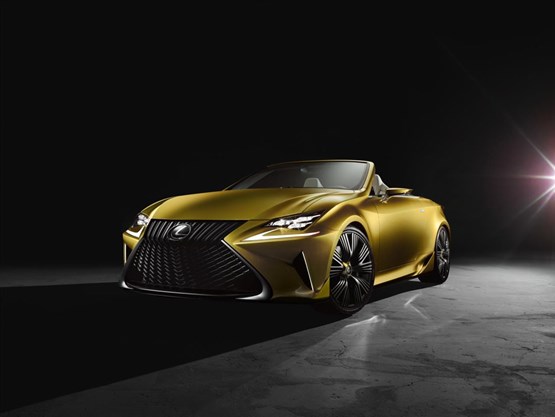 The 2+2 roadster design study captures the key themes in a strong future style direction for Lexus.

The designers created edges, planes and curves that allow LF-C2 to project a different character when seen from different angles and in different lighting conditions.

LF-C2’s chief designer Yasuo Kajino said: We’ve been instinctively drawn to and inspired by those things that capture the beauty of light. When you put something in the right light, people see it in a way they never have before.”

The show car’s golden yellow finish has been created using a multi-layered paint process - a primer coat, followed by silver, a clear coat, then a yellow which reflects off the silver to create a brilliant lustre, followed by a top coat.

Lexus US group vice president and general manager Jeff Bracken said: “This concept shows consumers around the world Lexus’s devotion to emotional designs and its passion for an exceptional driving experience.”

AM Poll
What is your take on the car retail sector's ongoing vehicle supply shortages? Please leave a comment
Vote
View all
4052