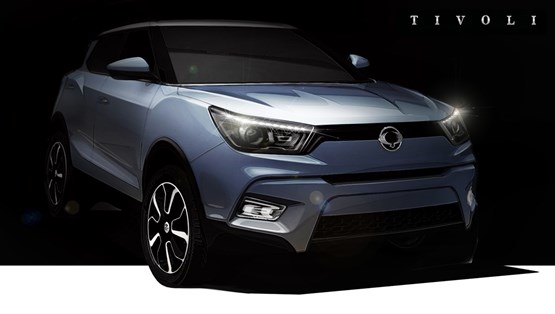 SsangYong dealers will get a new sales opportunity next summer with the arrival of the Tivoli, a B-segment crossover SUV.

Based on the X100 concept car, the Tivoli will include four wheel drive or two wheel drive variants, diesel engines and high levels of standard equipment, and is likely to be priced some 10% below mainstream rivals such as the Renault Captur and Vauxhall Mokka.

"It presents a lot of challenges because we've not sold cars in this sector before. I said to our dealers 'It doesn't matter if it's the best car in the world if we've not got the skillset and mindset to go and find customers for it'."

It will compete in an increasingly crowded segment - already occupied by Nissan Juke, Ford EcoSport, and joined by Mazda's CX-3 later in 2015 - but Williams is confident it will find a space.

"It won't be about low spec 2WD cars, it will be high spec, 4WD autos where we can win on value. And fit for purpose." All will have SsangYong's five year warrany.

Williams has a medium term aim of growing SsangYong's UK sales to 7,000 units. Currently, he admits it will have done well to reach 2,000 registrations this year.