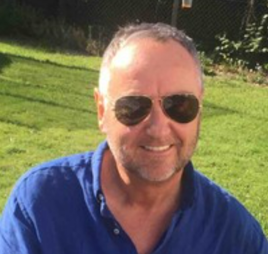 Former car retail sector colleagues and friends of SsangYong Motor UK executive chairman Jim Tyrrell are expected will be welcomed at his funeral later this month.

The life of Tyrell, who passed away suddenly at the age of 60 while at his home in France last month, will be celebrated with a service at Christ Church, Malvern Road, Cheltenham, from 1.30pm on July 20.

A reception will then be held in the 1873 Lounge of Gloucester Rugby’s Kingsholm Stadium.

Tyrell’s family has asked for no flowers to be brough to the funeral, instead requesting that donations can be made to Pompiers de France, The Alzheimer’s Society or Gloucester Rugby Community Charity.

The family are also appealing for anyone who possess pictures of Jim to send them to Sarah Marsh ahead of the event. She is contactable via sarah.marsh@freemanseventpartners.co.uk.

Tributes were paid via AM after Tyrell’s sudden death last month.

A statement issued by SsangYong Motor UK said: “We are very sad to hear of the unexpected passing of Jim Tyrrell. Our condolences go out to his partner, Julia, and children, Katie and Anna.”

Katie Tyrrell responded to tributes paid from across the automotive sector this week, simply stating that her father had been “the most outstanding dad I could have ever wished for”.

Outside automotive, Tyrrell was a keen fan of Gloucester Rugby.

Former Mitsubishi Motors UK managing director Lance Bradley, now the chief executive at Gloucester Rugby – of which Tyrrell was a lifelong fan – described the news of his sudden death as “unbelievably sad”.

Bradley, who joined Tyrell at Mitsubishi during a period that transformed the Japanese car brand’s UK fortunes, said: “I’d known Jim for 33 years; he was my second boss at Ford, two months into my career. I followed him to Mitsubishi, and learned pretty much everything I knew about the auto industry and leadership from him.”

Bradley said: “He was a truly inspirational figure. His love of Gloucester Rugby was immense. He’s going to be hugely missed by everyone who knew him.”