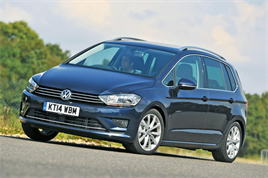 A Volkswagen Golf has been revealed in What Car? testing as the car that delivers the closest mpg figures in 'real world' driving conditions.

Since launching 'True mpg' two years ago, What Car? has tested almost 400 cars in 'real-world' conditions, achieving economy figures that are an average of 19% lower than the Government figures.

The official figures are achieved under laboratory conditions and can rarely be replicated in the real world, said What Car?.

What Car? editor Jim Holder said: “What Car?’s 'True mpg' test figures are genuinely reliable and achievable. Drivers, unfortunately, cannot trust the Government-sanctioned data because the tests are carried out in a laboratory.

"'True mpg' data is calculated by experienced engineers, who drive test vehicles over a variety of real roads, including motorway, A and B roads and through towns and villages.

“However, most buyers consider fuel consumption to be among the most important attributes of a car; that is why motorists should visit the website to check how well the car they intend to buy really performs.”

Its test route starts with urban driving at an average speed of 15mph. This is followed by extra-urban roads (dual carriageway and motorway) at an average of 60mph, before the test concludes with another urban loop. Engines are less efficient when cold, so cars are fully up to temperature before a fuel test starts. Then, once it has begun, testers drive at a steady pace, avoiding heavy acceleration and braking whenever possible.

Two-seater cars are tested with one person onboard (the testing equipment has to go on the passenger’s seat) and other cars with two people. At the end of the test, the average fuel consumption on the test route is calculated from the CO2 emissions. However, the volume of traffic inevitably varies, so this economy figure is just a starting point. Sensors attached to the car’s electronic management system record the road speed, exhaust manifold pressure and throttle position throughout the test, while other equipment measures the altitude, humidity and air pressure at each given moment. These variables all have to be factored in before a car’s true mpg is known.