What every used car customer wants in the digital age 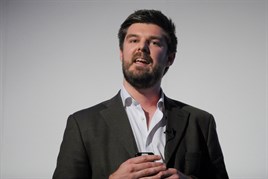 There are currently 2.8 billion people online globally and by 2020 that figure  will be 8bn. That is more people than are alive on the planet right now, Scott Sinclair, industry manager, Google, told delegates.

The digital world is becoming more dominant – 28% of three- to four-year-olds use tablets – and Sinclair said it is easy to get confused, especially if you are not particularly tech-minded.

The pace of change is also accelerating. For example, it took 75 years for the telephone to have 50 million users, but the internet had the same amount of users after four years and the Angry Birds app took just 35 days.

♦  See more images from the AM Used Car Market Conference 2014

Some companies are adapting. Tesla is trying to disrupt the industry by refusing to engage with franchised dealer groups and digital communications plays an important part in its plans.

Sinclair says it’s all about risk. Many people still do not understand the internet and online technology, but new generations being born into it will know no different.

He says businesses need to remove the fear of failure: “At Google, if we aren’t failing enough, we’re not doing our jobs correctly – this failure pushes us to try harder and be better.”

♦  Read more from the AM Used Car Market Conference 2014

Google’s approach is to develop products quickly, decide which ones work and then build on the successes.

Businesses such as Woolworths failed on the high-street because they were dated, said Sinclair, but Argos is starting to transform its stores using tablets instead of catalogues and offering same-day delivery.