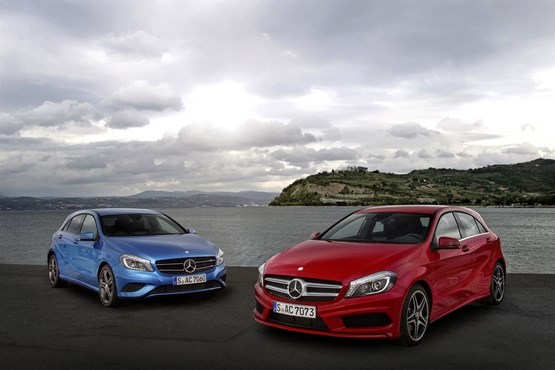 First released in 2012, the third-generation Mercedes-Benz A-Class is a seriously stunning car, especially when compared to its predecessors; although, it was really about time the manufacturer gave the model this much-needed re-design.

So, we thought we would put the best seller in the A-Class range; the 180 CDI Sport to the test for a week.

First impression of the cabin was minimalist but still with everything you need, well placed functions such as the automatic controls being on the right-hand steering wheel stalk took clutter away from the centre. Driving position was also very comfortable with the ability to really tailor it to how you sit or want to be seated.

The only niggle I had, which I guess is a big one, was the way it drove, I mean at the speed you want to be at it was comfortable, felt well-built and expensive… but getting there was a pain.

This model features a 1.5-litre 107bhp diesel engine sourced from Renault, which is mated to a 7G-DCT seven-speed automatic transmission with Direct Select gear shift lever and steering wheel gear shift paddles. It’s not like I was expecting it to be super-fast but the clear lack of responsiveness when driving the car as an automatic was frustrating.

I fully appreciate that a driver must adapt to the car they’re driving but to have to factor in such a delay in response, especially at a roundabout or junction when you need the car to move, is somewhat tedious.

Having said that, with a combined fuel consumption of 70.6mpg it was very good on fuel.

According to The Society of Motor Manufacturer (SMMT) figures, as at November, Mercedes has sold 25,089 A-Class models this year.