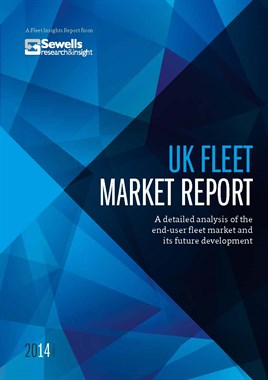 A major new report that can help dealers to target the fleet market more effectively has predicted a year of growth for car and van fleets in 2015.

The UK Fleet Market Report, published this week, reveals that the total number of company car drivers is set to rise in 2015 for the first time in a decade.

It also reveals that the van fleet market provides the greatest opportunities for sales growth.

A range of industry experts have contributed to the report, including David Smith, business editor of the Sunday Times, who provides an exclusive review of how the economy will perform in 2015.

The report identifies potential threats to growth, which will include UK-based factors, such as uncertainty around the general election in May, pressure to raise interest rates in 2015 and rising consumer debt.

Additional international concerns include the performance of the European economy and fears of another global downturn.

The report provides detailed analysis of other issues including the size of the fleet market and the key trends which will affect it in 2015, covering four key areas; the economy, the company, the vehicle and the driver.

Additional analysis covers an exclusive review of the UK’s largest fleets, the total size of the fleet market, an in-depth assessment of the future of leasing and a unique guide to fleet and driver decision-making in the fleet sector.

The UK Fleet Market Report can be used for briefing senior dealership executives or as a training guide for employees involved in fleet sales.

It is published by Sewells Research & Insight, a leading business intelligence firm which specialises in the company car and van sector.

To request a free sample of the report, which includes an exclusive economic briefing for 2015, contact Sewells by emailing sewells@bauermedia.co.uk or calling 01733 468254.