Tim Tozer to take over as new Vauxhall UK boss 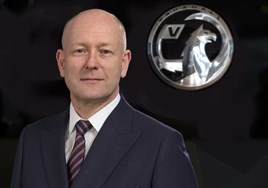 Tim Tozer has been appointed as the new chairman and managing director of Vauxhall Motors UK and chief executive officer of Opel Ireland.

Tozer joins Vauxhall from Autobinck Holding NV in The Hague where he was CEO. He has also held senior management positions in Europe including president and CEO of Mitsubishi Motors Europe, managing director of Mazda UK and a regional director of Inchcape Motors International.

Tozer will report to executive vice president Opel/Vauxhall and president of General Motors Europe, Karl-Thomas Neumann, as chairman and managing director of Vauxhall Motors and to Peter Kuespert, vice-president sales & aftersales, in his sales function.

Neumann said: “Tim brings a wealth of motor industry experience to the Opel/Vauxhall organisation, a strong understanding of the sales and marketing functions and a wide knowledge of both operational and strategic aspects of the business.

“Vauxhall is an exceptional performer in the UK industry and we look forward to Tim building on the strong foundations already developed by Duncan Aldred and his team.”

Tozer will join the company on February 24.