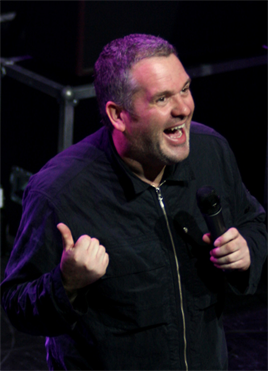 HM Revenue & Customs wants former Radio 1 DJ Chris Moyles and other high earners to cough up the income tax they tried to avoid by claiming to be self-employed car dealers.

In total 450 wealth individuals, including Moyles, signed up to the 'Working Wheels' tax avoidance scheme, run by NT Advisers who'd got used car dealers Richard Styrin of Styrin Motors and Simon Barre of Langrop Anstey to buy and sell some of the cars.

They filed a self-assessment form claiming to have engaged in self employment as used car traders, and claimed finance charges incurred through that engagement meant they suffered losses which they sought to offset against their other tax liabilities.

Moyles submitted a witness statement that made it clear he had entered the scheme “for no purpose other than to achieve a tax saving”, Judge Colin Bishopp said.

The presenter also indicated he “took no interest” in the supposed trade in cars carried out by the company, but was anxious to be reassured that the tax avoidance scheme was legal.

Moyles’s accountant agreed that the scale of the star’s borrowing was “driven solely by the amount of the tax loss he wanted to achieve, in his case £1 million, and that the trading was not carried on for its own sake but was merely a means to an end”.

The wealthy tax payers claimed at the tribunal that “as a matter of fact they were buying and selling, and therefore trading in, used cars”.

However, HMRC responded that there was “no such trade in the relevant year, or any year”, and the tribunal judge agreed that it was “impossible to reach the conclusion that… this was a trade seriously pursued with a view to profit”.

Moyles issued a statement in which he said he “took full responsibility” for his actions and had learnt a “valuable lesson”.