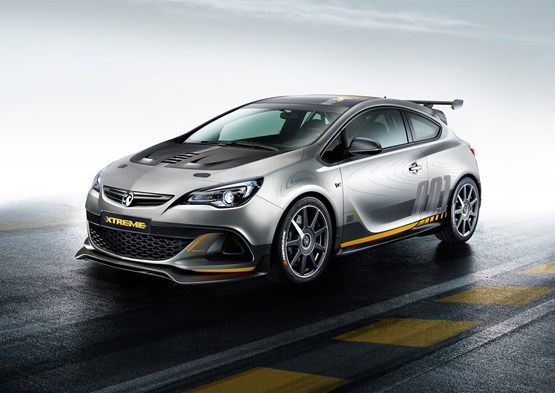 Vauxhall has revealed the first details of a new 2.0-litre turbo 298bhp Astra VXR Extreme concept which will be unveiled at the Geneva Motor Show next week.

The two-seater concept is derived from last year’s Astra Cup race car that competed in the Nürburgring Endurance Championship, the Extreme is the lighter, more powerful street-legal race sibling to the current Astra VXR. The concept has had the back seats taken out and there is a safety roll bar in their place.

The Astra VXR Extreme is 100kg lighter and Vauxhall is looking to gauge public reaction from the new model at the Geneva Motor Show with potential plans for a low volume production run.

The Extreme’s 2.0-litre turbo petrol engine is the most powerful four-cylinder unit Vauxhall has ever produced. The all-aluminium engine is mated to six-speed manual gearbox transmitting power through a limited-slip differential.