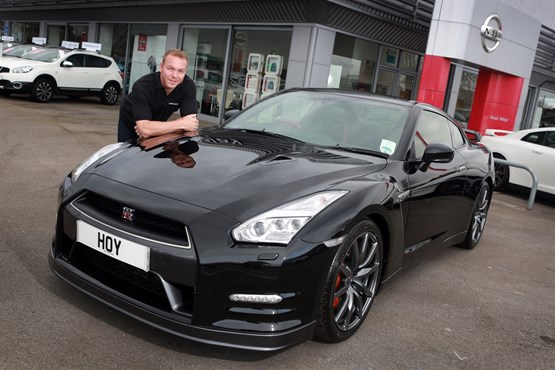 Olympian Sir Chris Hoy has got the keys to a Nissan GTR for his new role as Nissan brand ambassador and figurehead for the carmaker’s #UniteAndExcite campaign.

Nissan is the Official Automotive Partner of Team GB and ParalympicsGB on the road to the Rio 2016 Olympic and Paralympic Games and its campaign #UniteAndExcite will provide fans with exclusive behind-the-scenes access to athletes’ stories and news of how Nissan’s innovative technology could improve performance.

He said: “Whether you’re an up and coming rider or one that’s already achieved and succeeded, it’s crucial to know that people are behind you and supporting you. Knowing there’s a company like Nissan supporting our athletes and taking an interest and following them on their journey to Rio is a real boost.”