Was this article useful?
5 people found this useful
6 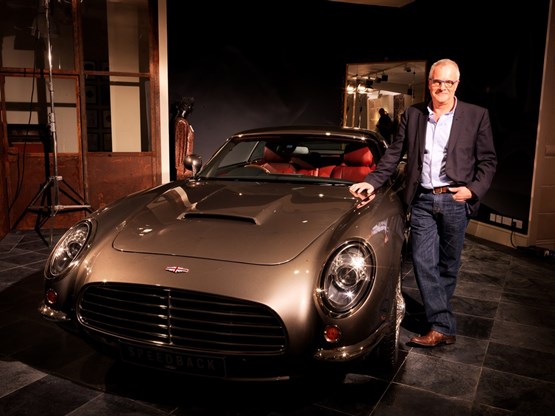 A brand-new British sports car company, David Brown Automotive, has revealed its first ever model at a private event in London.

The Speedback is a handcrafted 2+2 coupe designed to reference classic GT cars from the sixties, while using modern technology where possible.

The chassis and powertrain are carried over directly from a Jaguar XKR, using the XK’s aluminium spaceframe chassis, 503bhp 5.0-litre supercharged V8 and six-speed auto.

David Brown, founder and chief executive, said his idea is to blend the Sixties style with technology that works properly, such as LED headlamps.

A clay model of the Speedback was prepared by chief designer Alan Mobberly, which was then digitally scanned and used to accurately make the aluminium skin.

Brown wouldn't reveal anticipated production numbers but said it is a limited edition.

Speedback will remain at the venue in London over the weekend for viewing and will then travel to Monaco to be shown publicly for the first time at the exclusive Top Marques show, which runs at the Grimaldi Forum from 17th to 20th April.