Qoros takes steady approach to finding its feet in Europe 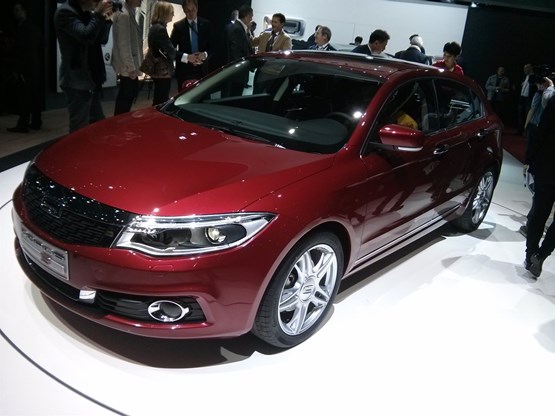 Chinese manufacturer Qoros is using its Slovakian sales operation as a pilot for how it will approach automotive retail in the rest of Europe.

Speaking to AM at the Geneva Motor Show, Cristiano Carlutti, Qoros sales and marketing director Europe, Middle East and Africa, said the entry into the UK would not be rushed.

He told AM: "We know Western European customers will not forgive us if we start sales and we are not prepared.

"We are planning and testing. All of the back end dealer systems you don't see like exports, order management, sales planning will all be tested in the first phase of our European roll out.

"We will then start phase two which will be the customer facing aspects of the franchise. We're starting in a small market first before we launch on a wider scale and it will roll out gradually to larger markets."

The UK should not expect Qoros to arrive in the UK for the next couple of years and Carlutti said it would be one of the last markets, as it is one of the most developed.

Officially, a decision on right-hand models has not been made. Qoros still needs to evaluate all right hand drive markets first, but it entry into the UK market looks likely.

Carlutti said: "We are being very cautious with how we approach entry to Europe.

"We have launched very large showrooms in China because demand supports that size of showroom.

"It is unlikely we will be taking this approach in the UK."

Qoros unveiled its 3 hatch at the Geneva show, tailored for European customers.

The 3 saloon was awarded a five star safety rating from Euro NCAP and this will be a major feather in Qoros' cap when addressing concerns over quality.

Carlutti said: "We know this is not going to be an easy walk. Attitudes are clearly changing on how consumers perceive Chinese build quality.

"Customers are particularly sensitive to this in the automotive market because it's such a big purchase. We know we have to prove ourselves."

Most Asian entrants to the UK will attempt to establish a position in the UK with a low entry price and high level of equipment.

Qoros is no longer expecting to compete with Volkswagen and Ford from the off, but Carlutti believes there is space in the market where some manufacturers have moved their image and prices up, with space below for Qoros to come in and acquire sales.

That will mean a "competitive price" when it launches in Western Europe, rather than a low price.

He said: "We have the quality and the technology in place with the Qoros3 that it would not be justified to start with a low price. It will not be a loss leader."