Seat UK turns up the heat with ‘love’ for its dealers 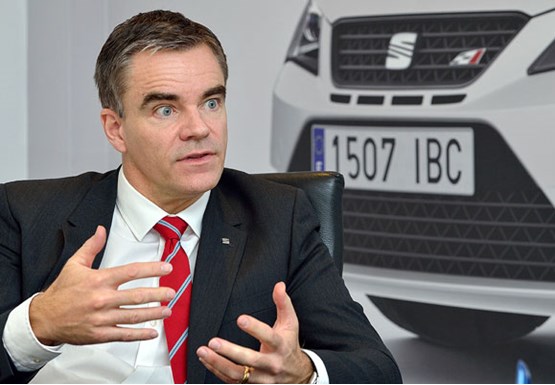 Seat dealers in the UK are eagerly awaiting news on whether the brand will get its first SUV. It’s a model many believe would be a logical range extension for a brand positioned as the more youthful and spirited part of Volkswagen Group.

The decision from the VW Group board is expected any week now. Seat’s global president Jürgen Stackmann wants it to happen – until recently the brand has been most known for its Fiesta-rivalling Ibiza range, so his stated aim of pulling the loss-making manufacturer into the black would seem a tough challenge without higher-margin, bigger-ticket cars to sell.

Seat UK brand director Neil Williamson has his fingers crossed for good news. Although it would be a year or two away from market even if it gets the go-ahead, the compact SUV would provide the fuel to continue Seat UK’s upward trajectory after its current success with its Leon model, which has received widespread praise and awards from the media.

It would also be an unmistakable sign that the brand is finally getting more attention from its parent. Having made huge successes of Volkswagen and Audi, and since 2010 having put Škoda on a path to considerably higher volume, VW Group now has the opportunity to make Seat truly live up to its aspirations.

As Spain’s number one car brand, Seat has suffered from the depressed market in Southern Europe, but the UK has played its part in the rebalancing plan. In 2013, Seat UK’s total new car registrations grew by 16% to 45,300.

In the retail segment, it achieved growth of 30% to 20,000 units, something Williamson is particularly proud of. Being a former dealer – prior to joining Seat UK he headed Mercedes-Benz Retail Group for eight years – he is fully aware of the opportunities for incremental F&I and aftersales earnings that come with higher retail volume throughput at the dealer level.

He acknowledged that Seat, like many other manufacturers, put a great deal of effort and incentives into fuelling growth last year. One aspect was very strong PCP offers. Williamson said these were “as low rate and low deposit as we could afford”.

Nevertheless, he insisted it was sustainable, good business that will give Seat dealers a good chance of selling another car two or three years down the line when that customer comes back. “That’s what we want to do, year in year out,” he added.