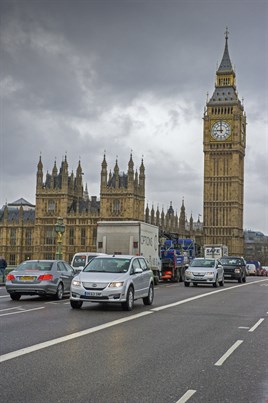 Transport for London (TfL) is preparing a consultation on creating the world’s first ultra-low emission zone (ULEZ) which would incorporate everything from motorcycles and cars to buses and HGVs.

The zone will circle an area of central London that is expected to be based on the existing congestion charging zone. The ULEZ would operate 24 hours a day, seven days a week, and would take effect in 2020.

Talks are currently taking place to gain stakeholders’ views ahead of the drafting and publication of the consultation document. Once TfL has completed the consultation, it will publish a ULEZ order next year giving details of the scheme.

The key entry requirement is expected to be linked to new Euro 6 compliance standards for mono-nitrogen oxides (NOx), the most prominent source of which is the internal combustion engine and diesel powerplants in particular.

Cars and vans are currently responsible for 25% of road transport NOx emissions in central London. Euro 6 compliance standards are predicted to deliver a 70% reduction in NOx for diesel compared with the current average, according to TfL data.

While a list of the vehicles affected has yet to be compiled, TfL said it could include buses, coaches, taxis, HGVs, motorcycles, cars and vans. Cars and motorcycles are not affected by the existing low emission zone (LEZ).

One scenario under consideration for cars and vans is that diesel models would have to be Euro 6-compliant, with petrol models meeting Euro 4 standards, which are similar for NOx emissions.

TfL is also considering a CO2 emissions requirement in the region of 35-75g/km for cars and vans in the proposed ULEZ.

Non-compliant vehicles would face a yet-to-be-decided daily penalty charge for entering the ULEZ.

Although TfL says it will consider the economic impact and compliance costs associated with vehicle owners switching to Euro 6-compliant vehicles, potential exemptions, mitigations and incentives will be kept to a minimum.

London Mayor Boris Johnson believes a ULEZ will deliver dramatic benefits in air quality and spur the further development and mass take-up of zero- and low-emission vehicles, including hybrid buses and electric taxis.

“Creating the world’s first big city ultra-low emission zone has the potential to be a game-changing moment in the quality of life of our great capital,” said Johnson.

“My vision is a central zone where almost all the vehicles are either zero- or low-emission. This would deliver incredible benefits in air quality and stimulate the delivery and mass use of low-emission technology.”

Data from the Society of Motor Manufacturers and Traders shows average CO2 emissions for new cars in the UK last year were 128.3g/km, almost 30% better than in 2000 and, importantly, lower than the European Union’s 2015 target of 130g/km.

Furthermore, the reduction in emissions from new cars has helped lower total CO2 emissions from cars on the UK’s roads by more than 15% over the past decade.

Meanwhile, the Government is investing hundreds of millions of pounds into supporting the take-up of alternatively fuelled vehicles, which will be vital if long-term vehicle emission and air quality targets are to be achieved.

“Since then, TfL has been exploring ways to introduce the scheme in 2020 and has focused on the development of options. Engagement with stakeholders has been a key element of the process and this work will continue throughout 2014. Their feedback will help shape a final proposal for consultation later this year.”