Was this article useful?
1 person found this useful
11 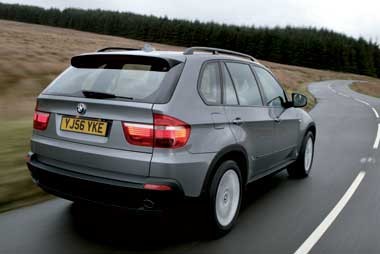 The BMW X5 remains top of the car thief’s shopping list, according to the latest figures from Tracker.

It was the car most frequently stolen and recovered in 2013 - the fifth year in a row that it has topped the table.

Last year Tracker recovered nearly £8,500,000 worth of stolen vehicles and returned them to their owners.

The BMW M3 was the second most stolen and recovered vehicle last year, moving up from third in 2012 and sixth place in 2011.

In 2012, the number two spot was occupied by the Range Rover Sport and Vogue, but in 2013, they sit in seventh and eighth place respectively.

The Mercedes-Benz C-Class makes its first appearance on the table, taking third place, while the Porsche 911 reappears in ninth for the first time since 2011.

However, the Audi A4 leapt from ninth position in 2011, up to fourth in 2013, while the Audi RS4 doesn’t appear at all. The Audi S3 takes equal eighth with the Range Rover Vogue.

“It’s clear from our latest figures that thieves continue to target prestige models with the most expensive car recovered being worth £90,000,” said Adrian Davenport, police liaison officer for Tracker.