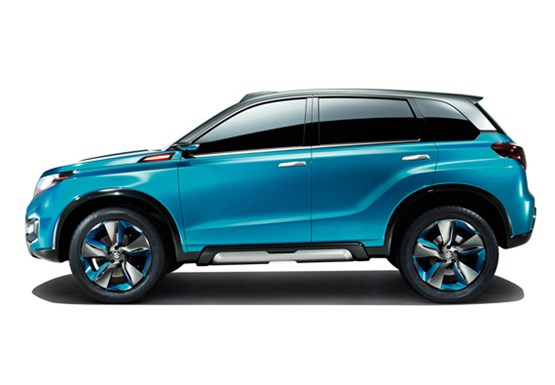 It has been a very good year for Suzuki. The Japanese manufacturer secured what it calls ‘the treble’ last year – hitting 33,000 units, 33% growth and a 0.3% movement in market share – and it recently posted a record Q1 performance of 11,520 units.

Over the past few years, the UK has gone from being Suzuki’s fourth-largest market in Europe to its biggest.

Although other Japanese manufacturers were crippled by exchange rate problems, the majority of Suzuki’s high-volume models were insulated from the worst effects. While the Kizashi, Grand Vitara and Jimny were affected by the exchange rate, most of Suzuki’s volume in the UK comes from the Swift and Alto, which are not built in Japan.

The brand’s rise over the past three years has been  largely under the radar, but it is now bigger than Mazda and Volvo and not far off Seat and Renault. Yet it continues to focus on working with owner-operated businesses and getting the basics right.

While it achieved that upward trajectory without a raft of new models to boost growth, Suzuki has introduced its S-Cross, a Nissan Qashqai rival and more models are to come.

Dale Wyatt, Suzuki sales and marketing director, said: “We have delivered growth over the last few years by optimising our core model range.

“When I came into the job nearly four years ago, I saw that we had a fallow period without new product. It gave us the chance to make quite disruptive changes throughout the business.

“We have changed our marketing agency, media-buying agency, logistics and distribution partners. We’ve made sure we have priced our products correctly for the market.”

There has been no silver bullet for Suzuki, but consistent initiatives, such as its VAT-free consumer offer across all its models, have helped. The A-segment Alto also has a low price point of £5,999, which has attracted used car buyers, even pushing it to overtake Suzuki’s Swift as its lead seller in the UK.

“We also took the opportunity to prepare our business and get it fit for the future,” said Wyatt. This includes fleet, an area where the brand has been weak in the past.

Suzuki has 18 of its models with £0 deposit on Motability and set up its own white label contract hire programme.

“We’re focusing on a sector we’re calling ‘target fleet’,” said Wyatt. “We’re not interested in short-term fleet, but small local businesses which will generate a small profit for us and a new customer for the dealer network.”

Suzuki’s fleet volumes make up just 5% of its business and it is aiming for 15%, but will remain a retail-focused brand.