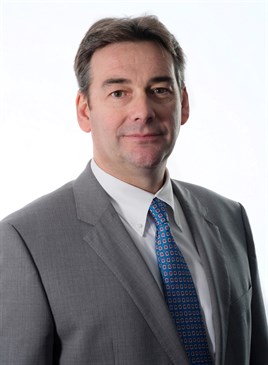 Spires, formerly general sales manager at the dealership, succeeds Kingsley Riding-Felce who retired from the business earlier this year after 38 years’ service with the luxury British sports car brand.

Spires said: “Following in Kingsley’s outstanding footsteps and building on the fantastic legacy he left us with is a superb challenge and I’m very much looking forward to driving the business on to even bigger and better things.”

He has broad experience with the Aston Martin brand, having been involved in the sale of the sports cars for more than a quarter of a century at other Aston Martin dealerships in various capacities before joining Aston Martin Works in 2012.

Ian Fenton, a board director at Aston Martin Works, said: “We’re very happy to have Paul in place as commercial director.

“He brings to the role a superbly strong track record of Aston Martin experience. As Aston Martin Works prepares to celebrate its 60th anniversary in 2015, the board is happy that we once again have an exceptional senior management team in place.”

Aston Martin Works in Newport Pagnell, Buckinghamshire, is the historic home of the sports car maker and the place where 15,000 cars were hand-built before production moved to Gaydon, Warwickshire, in 2007.

Now an approved heritage service and restoration facility as well as a new car dealership, it is possible to view, purchase, service and restore cars from every era of the marque’s 101 years at Aston Martin Works.