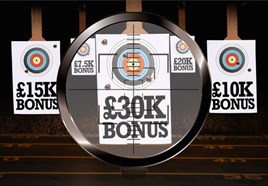 By Tom Seymour and Tim Rose

High levels of commission have driven car sales for decades. A feature of the industry is low basic salaries that can be trebled or quadrupled by the sales executive’s ability to hit their targets.

Yet board directors of major UK motor retail groups at AM Executive Breakfast Club meetings have often cited this as one cause of the industry’s inability to attract enough high-calibre young individuals that it can develop into tomorrow’s managers. When trainee sales posts are advertised with a basic salary of £12,000 – effectively the national minimum wage – it may steer ambitious young people and graduates toward other industries perceived as a safer option.

Richard Williams, chairman of Williams Automobiles, believes a change to the payment model must come in time, partly driven by changes to the mortgage industry.

“With the stricter mortgage restrictions now, we will not get enough young people to work in this industry under the current model. They won’t be able to buy a home because £12,000 basic won’t get them a mortgage,” he said.

At Williams’s Morgan dealership in Gloucestershire, he pays the sole sales executive a higher than typical guaranteed salary plus bonuses based on the pure profitability of the business. There is no volume-related bonus.

While that works for such a niche sports car business, there will be challenges in applying the same principle for most franchised dealerships, where the manufacturer sets the targets and makes life difficult if they are missed.

Prior to focusing on Morgan, Williams also owned Renault and Mazda dealerships, where salespeople were paid a basic salary of £8,000 to £15,000.

He trialled paying a higher basic salary with less commission, but found volume throughput suffered noticeably and pressure from the manufacturers increased. The dealerships reverted back to the traditional model, despite its drawbacks.

Williams is now glad to be rid of those brands and their targets. “We never knew where we were, so if you didn’t hit the bonus, you didn’t earn enough money to pay the commissions,” he said.

“Everything is effectively manufacturer-driven. It makes it quite difficult to run your business with any certainty.”

Marshall Motor Group chief executive Daksh Gupta also has strong opinions on the need to disrupt the ‘low basic, high commission’ pay model for sales staff that characterises the industry, while acknowledging the folly of trying to change it on his own.