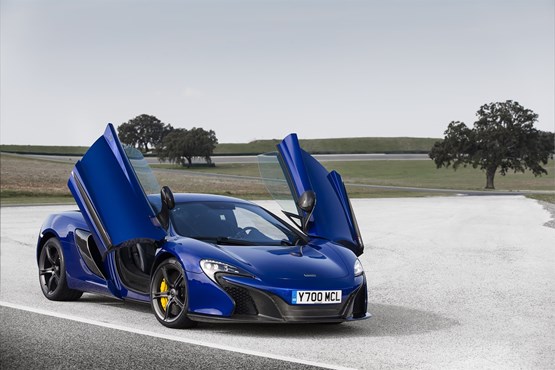 Jardine Motors Group has added its second McLaren supercar franchise to a new location in Ascot.
The McLaren Ascot dealership will become the largest dedicated dealership for the brand in the UK.
The newly-built site will include an eight car showroom, a dedicated service centre and the largest selection of McLaren used models in the world.
Jardine also operates McLaren’s site in One Hyde Park which has been open since June 2011.
Mark Herbert, CEO of Jardine, said: “It is amazing to think McLaren Automotive only launched three years ago, and the journey the company has been on since then, with the 12C, the McLaren P1 and now with the 650S.
“It is a really exciting time to be involved with the brand, and there are some really great products in the pipeline.”
Work on the new showroom will commence in the coming weeks, and the doors to McLaren Ascot will open before the end of 2014.
McLaren will have five retailers in the UK, including Ascot, with sites in London, Manchester, Birmingham and Glasgow.
David Brimson, european director for McLaren Automotive, said: ‘The UK market is key to the growth of the McLaren brand as we continue to strengthen the network.
“Jardine Motors Group has proved a valuable retail partner in establishing the brand over the past three years, and McLaren Ascot will provide an important second hub for the brand in the south of England.'
Related content by tag :
Click here for manufacturer best practice and procurement insight