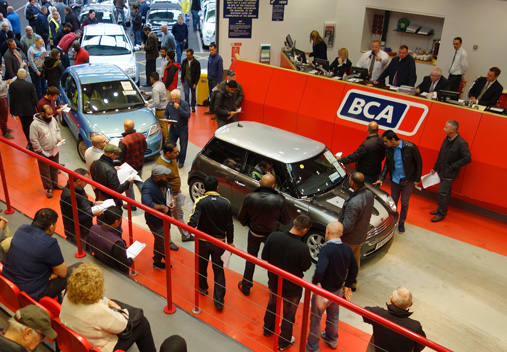 Used car wholesale values rose 5.2% in May, the first increase in three months, according to the National Association of Motor Auctions (NAMA). The average value of all cars was £5,420, a rise of £267 compared with April’s average.

Volumes were down 5% month-on-month at 103,666 units, and were 2% down year on year. First-time conversion rates showed a decline from 75% to 73% as a greater proportion of sub-6.5-year-old cars failed to sell on first presentation. Cars sold on first presentation generated an average premium of £350 over those re-entered.

Paul Hill, NAMA chairman, said: “New car sales continue at unprecedented levels for the time being, pushed further and faster by the manufacturers eager to keep new car stock levels across Europe at a manageable level.

“However, in recent weeks the used car market has shown a slight fluctuation with a drop in retail interest that appears to have coincided with both the bank holiday weekends and the improvement in the weather.

“The sub-£5,000 market remains specifically strong and there is good demand for smaller cars that give the lower running costs that help keep monthly household costs at an acceptable level. Equally, there is specific strength in the specialist market over and above £15,000 where buyers are looking for second cars or something a little different. Weakness lies in the late-plate, low-mileage sector, which is still being affected by the fantastic offers on new cars that draw buyers away from used examples.”

The UK’s largest motor auction group, BCA, reported that its average value for dealer part-exchanges in May rose £66 or 1.6% to a fresh record level of £4,048. Year-on-year May values were ahead by £330 or 8.8%. The average mileage of part-exchanges was lower to that of a year previously.

At Manheim’s auction rooms, the average part-exchange value for May was up 2% or £61 month-on-month to £3,077. Year-on-year, the average value was 12.7% or £346 higher accompanied by a small decrease in average mileage.

“There is an oversupply of vehicles in poor condition and higher-than-average mileage and sellers should look closely at appraisal reports and condition ratings when setting reserve prices,” said BCA’s UK operations director Simon Henstock.

Manheim’s Market Analysis for May showed the average selling price of ex-fleet vehicles dropped to £6,964, a month-on-month fall of £162, or 2.3%. The auction group said this was despite a small decline in average mileage. The average value was still £126, or 1.8%, higher year-on-year.

Daren Wiseman, valuations services manager at Manheim Auctions, said there is now a steady flow of ex-fleet vehicles into the auctions.

“With so much quality stock floating around, and in line with the usual seasonal variations, there has been an inevitable softening of values in the wholesale sector.”

BCA’s Henstock said it is noticeable how the best presented, nicest specification cars continue to outperform the market by some margin.