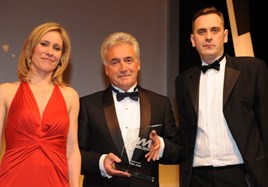 Vertu Motors has announced that former Lookers CEO Peter Jones will join its board as non-executive chairman.

Jones will take on the role on January 1 2015, replacing Paul Williams who will retire after seven years chairing Vertu's board.

Robert Forrester, Vertu Motors chief executive, said: "I am particularly pleased Peter has agreed to join Vertu as chairman.  Peter is a man for whom I have a deep respect.

"He is an industry heavyweight with broad experience and is respected across the automotive sector and by the investment community.  I look forward to working with him and benefitting from his guidance."

"I would like to take this opportunity to thank Paul Williams for his unwavering support over the last seven years and I know I speak for the whole Vertu team in wishing him well for the future when he steps down at the end of the year.

"Paul has been associated with Bristol Street Motors for more than 40 years and has been instrumental in its success over that period."

Peter Jones, non-executive chairman designate of Vertu said: "I am delighted to be joining Vertu as the business continues its well managed growth trajectory.  I have known and respected the team at Vertu for many years and look forward to working with the executive team to maximise the opportunities presented to the automotive retail industry."

Jones retired from his role as Lookers CEO in January 2014 and was succeeded by Andy Bruce.

Jones was inducted into the AM Hall of Fame (pictured) by AM editor Jeremy Bennett in February.