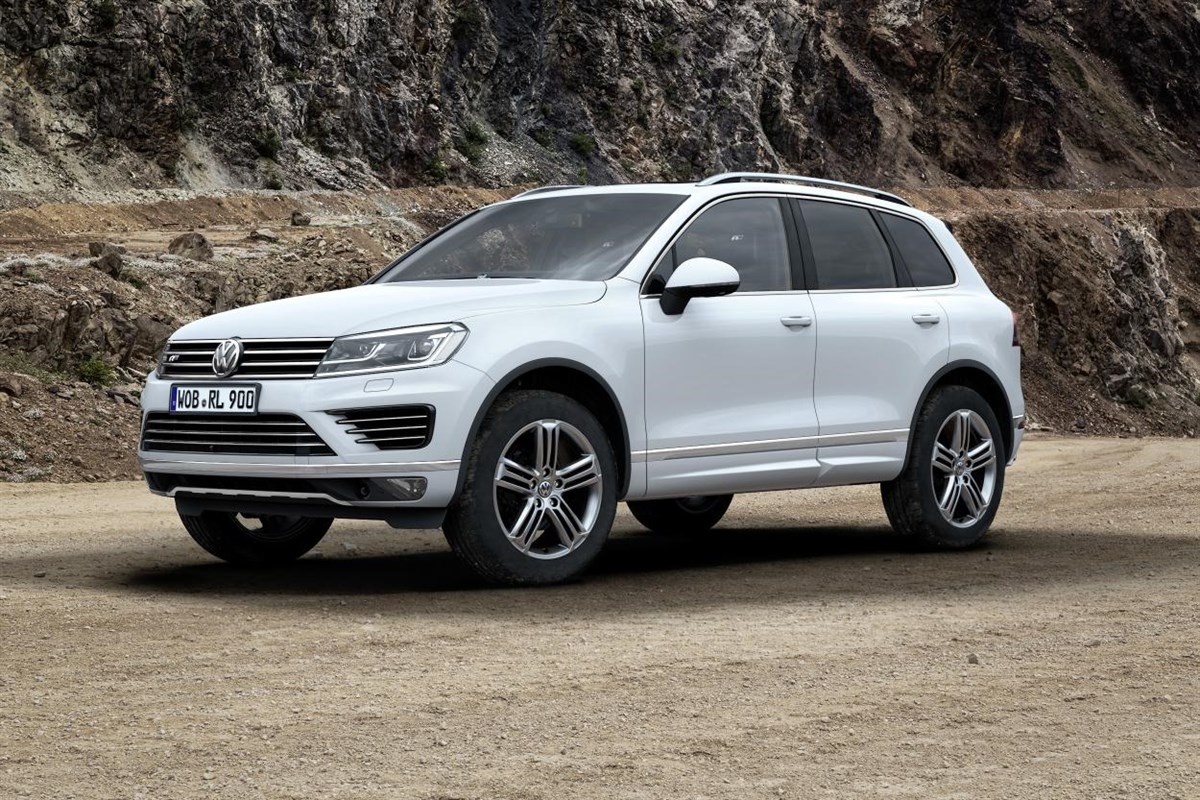 Prices and specifications have been announced for the revised Volkswagen Touareg luxury SUV, which opens for orders on August 27, ahead of first deliveries in November.

The introduction of a selective catalytic reduction (SCR) system using AdBlue, low-rolling resistance tyres and a coasting function on the standard eight-speed automatic gearbox, both engines are compliant with Euro VI emissions' legislation.

The 204PS engine now emits 173g/km CO2, 11g/km less than before, putting it in a lower VED band, and also making for a 2% benefit in kind taxation reduction for company car drivers.

On the outside, the new Touareg features revised bumpers and grilles, new alloy wheel designs, new colours and bi-xenon headlights as standard.

Inside, the front seats now come with standard lumbar support, and there are two new optional wood trims – ‘Sapelli mahogany’ and ‘engineered ebony’, while the optional Nappa leather upholstery in the R-Line model is now available in two-tone flint grey and titan black.