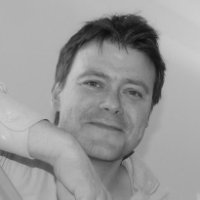 "Soaring demand for cars and components will see a surge in jobs as more than half of employers revealed they were planning to take on new staff – and up their pay.

A bumper year in the UK automotive sector, which ships vehicles and components to more than 100 countries and accounts for 11% of UK exports, has put confidence at an all-time high.

But it means employers are going to have to compete for the best staff in order to maintain orders from overseas.

The review reveals that out of 28 UK firms participating in Consilium’s survey, 57% expected to increase their headcount in 2015 while 52% expected to announce salary increases or bonuses.

Just 14% expect to cut their workforce.

Last year alone the automotive industry built 1.5 million cars, the highest output since 2007, and attracted £2.5 billion worth of investment, creating thousands of jobs.

Jaguar Land Rover has seen a massive resurgence since the dark days of the recession and has taken on 8,000 new workers in the past three years alone.

But for Toyota, Vauxhall and Honda, production is collectively down 30% on the levels before the financial crisis.

There is, however, unprecedented demand for British cars and workmanship from countries like China and India.

The dramatic increase in vehicle production volumes over the past four years, coupled with relentless new vehicle development has created a major increase in demand for the right specialist workers across the country.

This year’s review has highlighted that employers are now competing for talent from a limited pool of automotive-based skill-sets and industry-specific experience.

Candidates will often find themselves with multiple job offers, meaning the region’s employers not only need to compete for talent in the first place but also focus on the wider issue of staff retention.

The benefit for the jobs market as a whole is that it’s already resulted in a hiked increase in apprenticeships and graduate intake schemes so that employers can tackle the skills shortage going forward.

That’s going to be essential if the industry is to keep up its momentum.

But we also need to see the supply chain in the UK developed and enhanced so that automotive firms can make cars and vehicles the world wants to buy more efficiently.

The last thing they want before exporting to Brazil is to have to import the parts from there first.

Data has come from a combination of job seekers disclosing their current salaries, advertised vacancy salaries and actual job offers managed by Consilium Group over the past 12 months within the automotive sector."