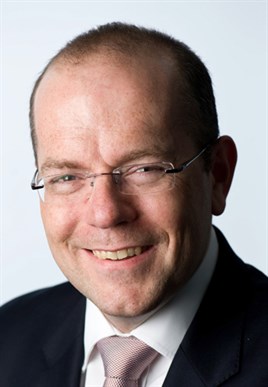 The Financial Conduct Authority (FCA) seems certain to introduce a ‘time to consider’ clause in GAP insurance policies sold at point of sale, which could reduce a valuable revenue source for dealers and F&I providers.

In its final proposals, expected before the end of the year, the consumer finance regulator is likely to insist that dealers contact customers a few days later and ask if they still want the cover.

Paul Harrison, head of motor finance at the Finance and Leasing Association, said: “We worked very closely with the FCA during its preparatory work, and the regulator listened to our concerns. These included how the proposed deferred opt-in for GAP insurance would work at point of sale, and the potential for it to result in dealers withdrawing from the insurance market. The FCA has committed to reviewing these issues further before publishing their remedies consultation.”

The FCA asked more than 1,000 consumers about their experiences when purchasing add-on insurance, and researched how buying decisions were influenced by different sales tactics.

The authority reviewed product literature, sales, pricing, profitability and claims. There were particular concerns about GAP, “where the sales process in car showrooms often leaves individuals believing that is the only source of the product”.

The FCA found 69% of general insurance add-on purchasers could not accurately remember how much they paid for the product three to four months later, and 19% did not recall buying it.

Harrison said many in the automotive industry felt FCA proposals revealed in July would increase costs for point-of-sale providers and lower sales volumes. Motor industry respondents first expressed their concerns when the FCA requested comments in the spring.

Dealer sales of GAP form part of a major review by the FCA, which plans a shake-up of the £1bn general insurance add-on market. Its plans include breaking the point-of-sale advantage for GAP insurance, forcing firms to publish claims ratios and banning pre-ticked boxes in sales and marketing documents.

“A key point of the report was that the FCA acknowledged the value some add-ons – including GAP motor insurance – can provide to customers,” said Harrison. “They also accepted the FLA’s argument that these products vary greatly and cannot be treated as one homogenous group.”

Christopher Woolard, (pictured) director of policy, risk and research at the FCA, said: “Competition in this market is not working well and many consumers are simply not getting value for money. Firms must start putting consumers first and stop seeing them as pound signs.

“We believe our proposals will address these issues and prevent consumers paying for poor value insurance products that they may not need or use.”