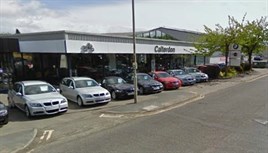 Arnold Clark Automobiles has taken over Calterdon BMW and Mini in Inverness.

AM understands the acquisition was completed on August 1.

The dealer group already operates an Arnold Clark Motorstore used car supermarket and Peugeot, Volvo and Skoda franchises on Harbour Road a few hundred metres away from the Calterdon business.

The BMW and Mini dealership will be rebranded as Harry Fairburn in line with Arnold Clark's other BMW businesses which it acquired in 2006 in Irvine, Kirkcaldy and Giffnock.

The takeover of Calterdon is the latest premium-brand gain for Arnold Clark, which is already Scotland's dominant force for mainstream brands.

In 2012 it took over the John R Weir dealer group, which included Mercedes-Benz car and commercial vehicle outlets, including those at Inverness.