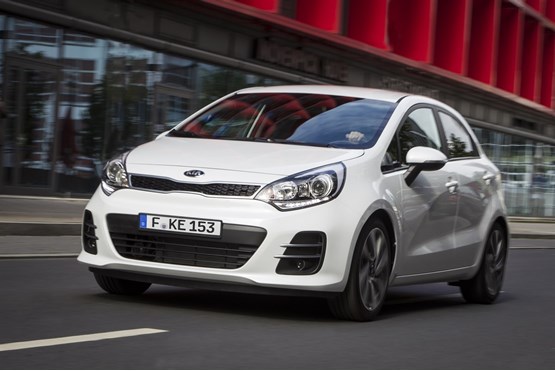 Kia will premiere its enhanced version of its Rio model at the Paris Motor Show, next month.

The model will feature a number of improvements to help maintain the competitiveness of its global best-selling car.

Exterior revisions include changes to its 'tiger-nose grille' giving the model a new front bumper and fog lights, three new alloy wheel designs and a new rear bumper. In addition, two new paint finishes (Urban Blue and Digital Yellow) will be added to the colour line-up.

Chrome accents and the fitting of a newly-designed centre stack around the audio system enhance its interior.

There will be a choice of four efficient engines - ranging in power output from 74 to 107bhp - driving the front wheels via five or six-speed manual or four-speed automatic transmissions.

Every engine in the enhanced Rio range is available with Kia's optional second-generation fuel-stretching Start/Stop technology, automatic start-stop, advanced alternator control and an upgraded starter motor, as well as the fitment of low-rolling resistance tyres.
Michael Cole, chief operating officer, Kia Motors Europe, said: "The Kia Rio was our best-selling vehicle worldwide in 2013, with a total of 471,000 sales, and among our top-three sellers here in Europe with 56,821 units delivered. Improvements to this model are of major significance for our brand.

"The Rio retains the core attributes that have proved so popular with owners and enhancements to the 2014 model include a slight visual makeover, giving it a fresh exterior and interior look."

The enhanced Kia Rio is expected to go on sale in spring 2015.