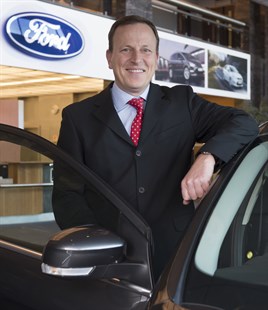 Nick Themistocleous has been appointed director of fleet operations at Ford of Britain, succeeding Phil Hollins, who has held the role since 2012.

Hollins has been appointed commercial vehicles director at Ford of Europe.  Both appointments are effective from February 1, 2015.

Themistocleous joined Ford Credit as a graduate trainee in 1986.  He held a variety of sales, marketing and financial roles in Ford of Britain including UK fleet marketing manager before moving to Germany in 2003 as the European fleet and leasing director.

Themistocleous returned to the UK in 2006 as the operations manager in aftersales before taking up his current role as sales district manager.

Mark Ovenden, Ford of Britain chairman and managing director, said:  “Nick is ideally suited to this position and will be a great addition to our team.

"He will bring a fresh perspective to the role with his extensive knowledge of our Ford dealer network and background in both Ford of Britain and Ford of Europe fleet sales.

"Nick will build on the excellent foundations provided by Phil as we move into the launch of new Focus, new Mondeo and continue to benefit from our industry-leading range of commercial vehicles.”