Motorpoint has opened its latest branch in Widnes.

The car supermarket spent more than £1 million transforming the six-acre former Motor Nation car dealership, situated next to the A557, into its eighth site.

It offers free Wi-Fi and a café open seven days a week.

Motorpoint now has eight sites in the UK – Birmingham, Burnley, Chingford, Derby, Glasgow, Newport, Peterborough and now Widnes. It is currently on target to sell in excess of 40,000 in 2014.

Motorpoint Widnes is located at Derby Road. It is open seven days a week including until 8pm weekdays. 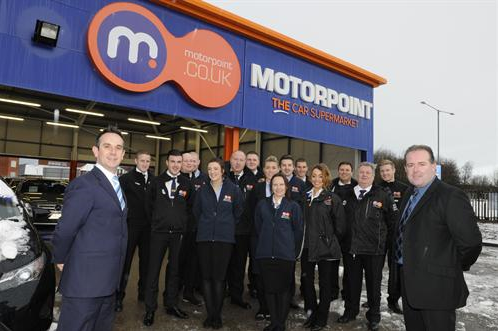