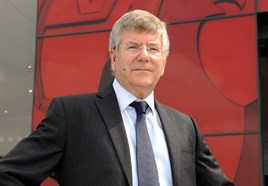 Profits at dealer group Pentagon almost tripled in 2014 on the back of a strong improvement in new and used car sales.

The Derbyshire-based group reported pre-tax profits up 187% to just over £4 million on turnover that was up 20% to £433m.

New car margins have also improved and fleet volumes increased by 35% following the buyout of Grimshaws Vauxhall and Grimshaws Fleet Services towards the end of 2013.

Used car volumes increased by 14% in the same period and the group also increased margins in the department by 18%.

Revenues in aftersales departments rose with turnover up by 7% compared to 2013 alongside an increase in the overall margin in both service and bodyshop business. Service departments were also helped by an increase in service plan sales, up 77% when compared with the previous year.

Pentagon also report that their parts business has made good progress over the past 12 months with revenues up 10% following a period of consolidation and significant growth in online sales.

Pentagon will be investing more in their online presence this year.

2014 saw unique visits to their websites increase by 48% with car and van enquiries via online channels increasing by 53% in the same period. A brand new website is due to be launched in April in conjunction with automotive website specialists 21st Century Internet.

Employee loyalty also remains strong. According to the group more than 41% of the 935-strong workforce have been with company for 5 years or more.

Pentagon Group chairman Trevor Reeve (pictured) said: “We are delighted to have increased overall profit and I’m especially pleased that our KPI’s are all heading in the right direction. The strategic and operational changes that we have made are now clearly delivering the improved profits.

“Towards the back end of 2013 the company refocused its approach in many areas, most notably in used cars where we have improved our sourcing, finance and stock management, as well as growing enquiries from our websites”.

Finance director David Hughes, who joined the group in September said: “In the short time I’ve been here I’ve been particularly impressed with the depth of knowledge within the group and the quality of leadership shown by the general managers in the dealerships.

"There’s a fantastic ethos in place across the business and we are all geared up for further expansion again this year”.

Pentagon have already announced that they will be opening two new sites in Doncaster and Sheffield this year in partnership with Alfa Romeo and Jeep.