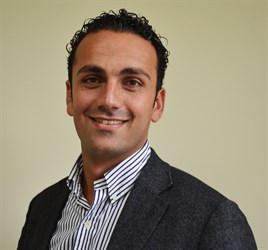 2014 marked a big increase in vehicle recalls across Europe: a 22% rise over the previous year and the majority originating in Germany and the UK. There is a growing trend in Europe for car manufacturers to adopt a more proactive strategy and voluntarily begin the recall process.

This is significant. Over 25 years managing automotive recalls amongst the major brands, we have never seen such a quantum shift in the way manufacturers are approaching the issue of recalls.  They increasingly understand that if sensitively handled, a timely recall can make the difference between catastrophe or building brand reputation.

Anything involving safety is very sensitive and manufacturers are acting quickly to stay on top of the situation, be clear about the extent of the recall and reassure customers that the situation will not arise again. It can become a very big brand reputation issue if they get the communications wrong or are seen to under react, but damage can be minimised if a recall is handled properly.

Manufacturers are taking the initiative and notifying their customers of a particular safety issue and guiding them through the process. They are treating it as a ‘customer journey’ and increasingly perceive that by being transparent and managing the situation carefully throughout, they will increase loyalty.

But how do customers feel about this? Recall fatigue is a very real issue so a crucial part of the recall process is impressing on the customer that they need to take it seriously. If they don’t, the implications could be life-threatening.

There are two other factors behind the increase in overall numbers: component sharing and the complexity of today’s automotive mechanics. If a part is faulty and has been used by a number of manufacturers, such as we have seen with airbags, ignition switches, seatbelts and steering over the past year, the recalls are going to be greater and the numbers will have more impact. The technology in vehicles is more complex and as this increases it is inevitable that there will be concerns that lead to recalls.

Corporate responsibility across all industries is now more pervasive, which brings with it a much greater focus on safety across the supply chain. Whilst the number of recalls would appear to indicate an increase in problems, our belief is that conversely it indicates a greater sense of responsibility and more transparency and that’s got to be a positive trend.