AM Awards 2015 - AM Hall of Fame - Gerard Nieuwenhuys, Sytner 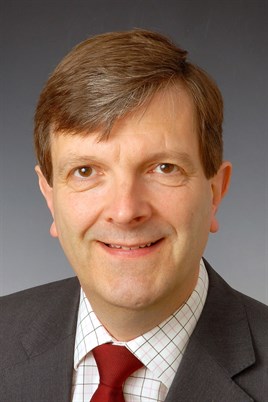 The 2015 inductee to the AM Hall of Fame is Sytner’s Gerard Nieuwenhuys. He was appointed managing director of the AM100 top 10 dealer group in 2003.

At that time, it had about 60 dealerships and a turnover of just under £1 billion, generating an annual profit of around £25 million before tax.

When Nieuwenhuys moved into the chairman’s role last year, Sytner had more than 100 dealerships, annual revenue was almost £4bn and profitability had trebled.

During this time, the group’s original 60 dealerships had doubled their turnover and more than doubled profit.

Nieuwenhuys also oversaw its expansion outside mainland UK, with the acquisition of the Agnew Group in Northern Ireland and joint ventures in Germany, Italy and Spain.

As managing director, he had great relationships with manufacturer partners, always wanting to listen to their views and attend as many meetings as he could. He always strove to arrive in their respective product, even if it meant three car changes a day.

Nieuwenhuys is justifiably proud of the many fantastic dealership facilities the group has built in the past 10 years. Many of these facilities are destination sites for its manufacturer partners.

But he is most proud of the team. When he started as MD, employees numbered around 3,000. Today that figure is close to 7,000, with staff turnover of approximately 15% – an industry-leading figure.

Nieuwenhuys’s decision to enter the Sunday Times Best Company to Work For scheme was part of a desire to become the best retailer.

Over the past six years, the group is the only company, in any industry sector, that has been in the top six each year in the Best Big Company to Work For list.