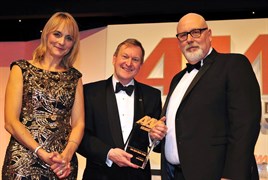 If ever there were any doubts about the continued value of long-standing, family-owned businesses and their importance in the motor trade, then John Clark Motor Group would strongly refute them.

In 2014, the wholly owned family retailer continued its run of success with its 11 franchise partners and 21 sites at the major Scottish conurbations through a mix of organic and acquisition-led gains.

John Clark made positive steps across all the key measures in 2014. Turnover, trading profit, return on sale (now approaching 2% net), return on capital employed, new and used vehicle sales, and F&I business were all up on 2013.

Many dealers talk of empowering their staff, and their dealer principals in particular, to make decisions at a local level. John Clark is a clear example of this in operation. It encourages an entrepreneurial spirit, not a one-size-fits-all rule, and judging by the results, this is working.

A key element of John Clark’s entry was the emphasis it places on its staff. It operates an Institute of the Motor Industry-approved training centre, has 62 apprentices (up 10% this year) and the group takes part in local schools’ and colleges’ careers events.

It also has a training programme as part of its succession planning – known as “Up for it” – and supports local community causes and charities. Such focus will have played a part in more than 30% of employees having been with the group for more than five years.