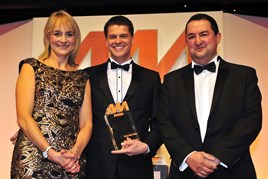 With the largest Facebook audience of any dealer, Perrys clearly knows what it’s doing in social media. According to the judges, it demonstrates the very essence of how social media can be an effective tool and an intrinsic part of the business.

Or as Perrys itself puts it, its social media strategy is designed to embrace the change in consumer behaviour and to “harness the opportunity that social media presents to help us engage with the next generation of car buyers” through creating a consistent and professional, but human, presence across the group’s 25 locations, representing 40 dealerships.

Perrys has 25 individual Facebook, 25 Twitter and 49 Foursquare pages/profiles covering the group and centres. It also has one Google+ page, a Pinterest channel and its own YouTube channel with more than 200 high-definition user-focused videos, including reviews and buyer’s guides.

These channels are managed by a central social media manager and 25 trained content creators in the dealer group’s network. Perrys also has a training programme to educate and enthuse its dealer principals, sales managers and sales executives.

The results have been dramatic. In a little over a year, its Facebook pages have generated 57,500 ‘likes’ and a combined audience of more than 100,000 people. Perrys also has 7,500 Twitter followers. Its YouTube channel has attracted more than two million views.

Perrys is generating hundreds of leads a month across the multiple platforms, but its social media channels have also allowed it to protect the brand’s reputation by resolving customer complaints.