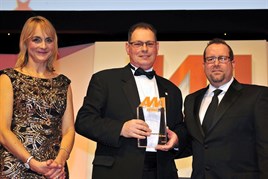 A focus on the sales of new high-end cars left HR Owen exposed to fluctuations in the model cycle and the attitude prevailed that its wealthy customers, its London-focused businesses and its lack of forecourts didn’t suit used cars.

To address this, a new management team, new technology and the acquisition of the used car-focused Broughtons Group several years ago has transformed the success of its used car operation.

With no significant changes in the sites it operates, HR Owen has seen used volumes increase 118% since 2011, with stable unit margin.

HR Owen’s website (hrowen.co.uk) is now the number one source of buying leads (34%) and a ‘value my car’ icon features prominently on the site’s navigation bar and on all emails sent by the group.

As auditor BDO noted: “HR Owen is ranked the best in the world by their franchise partners when it comes to used car sales. Through a very individualised process, used customers are treated the same as new. Once on the inside, all customers are firmly part of the HR Owen family.”