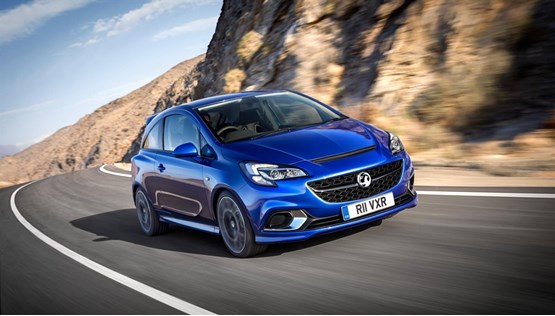 Vauxhall is set to unveil its all-new Corsa VXR at the Geneva Motor Show, next month.

The new hot-hatch features a 202bhp 1.6-litre turbocharged engine, which has a 0-60mph of 6.8seconds and a top speed of 143mph – quicker than the outgoing model.

It is front-wheel-drive as before but mated to a second-generation six-speed transmission with short gearchange.

The new VXR benefits from design and technology revisions in the recently launched Corsa but with additions such as an aggressive new front-end design featuring large air intakes and an aluminium-framed opening below the headlights and a spoiler and twin Remus exhaust pipes at the rear to distinguish it further from regular Corsas.

Vauxhall is also offering a two-stage switchable electronic stability programme (ESP) and traction control with the Corsa VXR. In competition mode the traction control is inactive and for track use, the ESP can be fully disabled.

Bi-xenon lighting is featured as standard, plus a choice of six exterior colours including Flash Blue – unique to the Corsa VXR.

Inside features Recaro seats, a leather, flat-bottomed steering wheel, sports pedals, as well as a VXR gear-lever and instruments. A heated front windscreen and Intellilink connectivity for Apple iOS and Android smartphones are also standard.

The model will arrive in dealer showrooms in May.