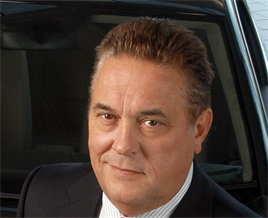 Vince Kinner is due to retire from Volkswagen at the end of March.

He will leave as head of group fleet services for the five group brands (VW cars, commercial vehicles, Seat, Audi and Skoda) after 42 years with the company, making him one of its longest serving employees.

"His understanding of the brand, the fleet market and the importance of the highest quality people as well as high quality products established Volkswagen as the leader in true fleet sales in the UK.  Since moving to a group-wide role in 2012 he has set up a successful five-brand fleet contact centre and set in train a suite of processes which will allow the Group to remain a serious contender in all fleet markets for many years to come."

Kinner said: "I’m sad to be leaving the Volkswagen Group as it has been a part of my life for so long. I’ve witnessed the launch of many new cars, made many new friends and signed many fleet deals.  I wish my colleagues and the group all the very best for continuing success in the future."

His career began outside the motor industry, managing a chain of jewellers, but in 1972 he joined Walter Scott in Finchley, managing retail sales before moving the following year to Volkswagen Tax Free Sales in Baker Street, London as an account executive.

As a national account manager and still at Baker Street, Kinner helped start Volkswagen Fleet in 1983.  In 1989 he took over responsibility for all tax free UK fleet sales and used cars disposal for both Audi and Volkswagen.  The fleet operation moved from Baker Street to Newport Pagnell to a purpose-built site and Volkswagen Leasing was also started at this time.

In 1994 the Audi and Volkswagen brands separated, and Kinner started Volkswagen Fleet as the national sales manager.  In 1996 he became head of Volkswagen Fleet, with sole responsibility for the Volkswagen fleet strategy.  He remained in this role until December 2012.

A successor has not yet been announced.

AM Poll
Will e-scooters and micromobility reduce UK car ownership by 2030? Please leave a comment
Vote
View all
3239