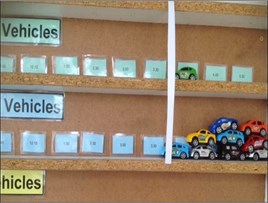 Many of the problems facing dealerships are universal. There is little correlation between location, brand, company ownership and structure and the ability of management and staff to identify and resolve the ongoing problems of efficiency and profitability on a consistent and ongoing basis: right first time, on time, every time for example in the throughput of a dealership workshop is a goal that remains seemingly unobtainable. Or if it is then the dealer in question is keeping very quiet about their achievement.

In this article, an example of a dealer who sought to achieve this by deconstructing the everyday processes in his company to understand their impact on work flow and efficiency and with the involvement of all his staff produced a successful measurable and replicable system that has led to significant performance improvements in service and repair.

Terry O’Donoghue is chief operating officer of a 23 site group*.Toyota is the dominant franchise partner in a seven brand portfolio. He also has rental operations and body and repair shops. His company sells more than 6,000 new vehicles a year from centres that range from stocking 80 cars to three.

Having formally worked for Toyota Motor Manufacturing, latterly in aftersales and customer service, he wanted to find out whether the Toyota Production System (TPS) could be taken from the factory to the dealer network (ie can it transform the whole organisation and make it sustainable?) and started working for the retail group in 2011.

He has seen profit increase five-fold in four years at one site, double in one year at another, used sales increase three-fold at another, plus across the group labour hours increase 50% and predictable work (flat rate/actual time) at 267% efficiency and with 94% gross profit on labour.

“As measures, I think they often say as much about how bad you were as they say how good you have become,” O’Donoghue said. “Give me a modest 15% improvement every year. Every five years you will double your output and more importantly you will have built the capability to keep doing it and in 30 years you will be 6,000% better.”

What the company did

O’Donoghue’s overall goal was to make a problem solver of each of his staff. The choice was either spread the effort across the group to get take-up or to concentrate on a few to make progress and create a credible example. The outcome, he said, was a hybrid approach, to “work with the willing”.

With the willing, a strategy was agreed, based on purpose, process and people, highlighting the values and goals and the importance of establishing the best process with the people who do the work. 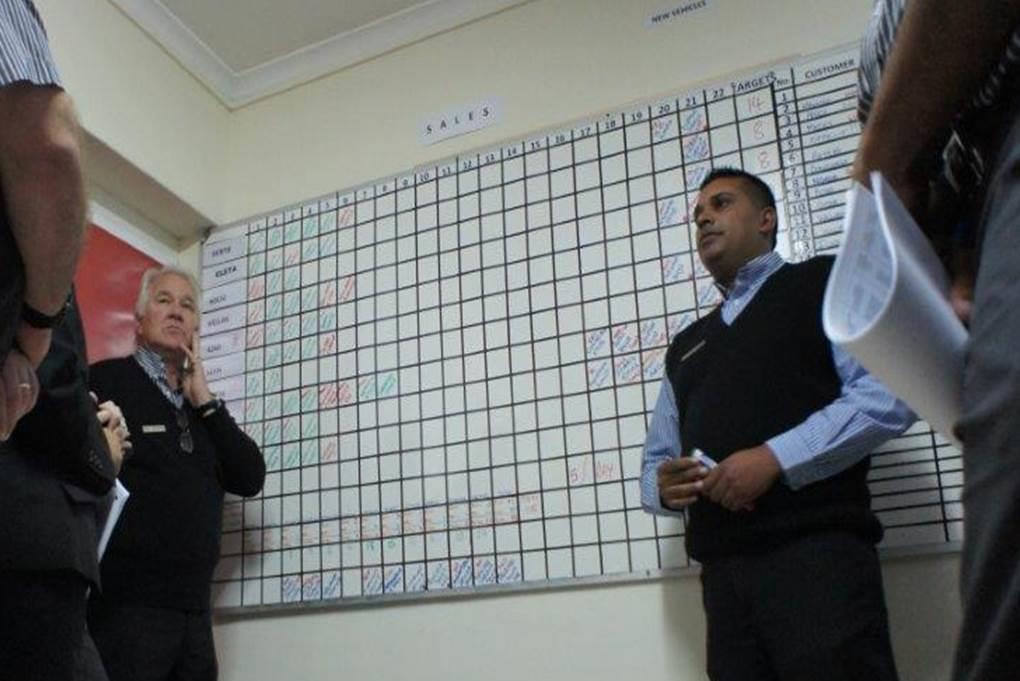 At a regular meeting of dealer principals – where the meeting was held standing up -  they would look at a 20 box matrix for each dealership.

This matrix took process KPI’s in the key areas of quality (right first time) and delivery (on time) and linked them to the usual financial KPI’s – volume, margin, cost in the cost area. The process KPIs highlighted what was happening now and needed to be managed, the cost KPI’s confirmed outcomes.

Each chart ( see below) was large and visual, with exceptions clear in each department on a red/green basis. Only exceptions and problems are discussed.

“It was just a question of getting used to seeing the same picture and discussing the actual versus target over time and talking about the gaps. Visualisation helped and printing them big enough to be read on the wall was very revealing.” 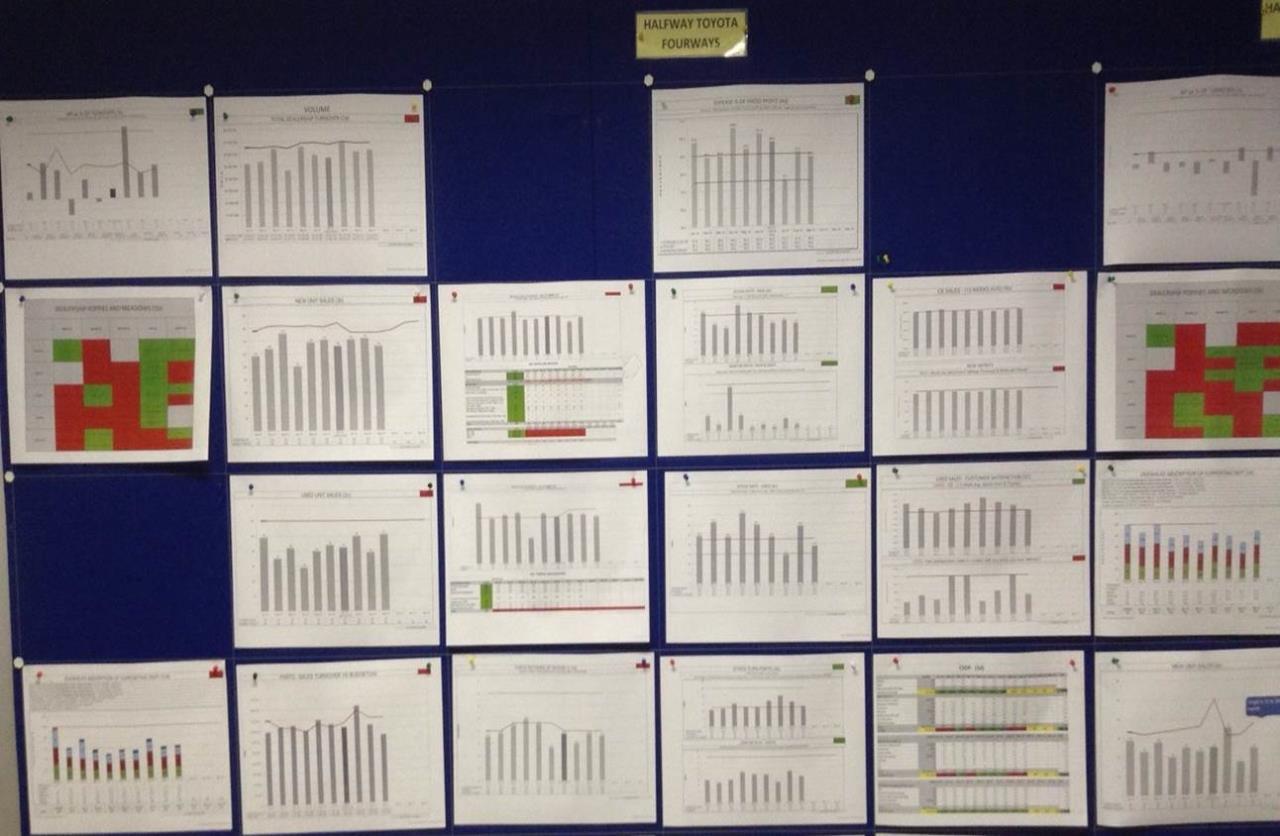