Renault will grow in retail and rental, says MD 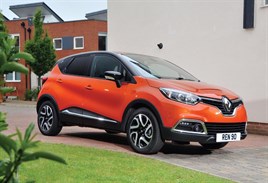 Renault UK's managing director Ken Ramirez has defended the brand's increased use of rental channels and says it is being done carefully so not to damage residual values.

Ramirez counters the view that rental is something to be feared because if the implications on residual values.

“There is a perception that rental is not good business – not so,” he said. “We have good partners that we work with – it’s a long-term view. They take care about de-fleeting so not to damage residual values.”

Rental plays a role in Renault’s new model launch plans by getting cars out on the road.

“When we launch new products we need visibility in the market – as long as it’s done correctly short-term rental gives us this,” Ramirez said. “We don’t have to do heavy discounting because our partners manage it well so the RV is good for them.”

However, he recognises that the right balance has to be struck between rental and other channels, adding: “As we grow in retail, we can grow in rental.”

In the past two years, Renault has outperformed the total market by four to one. Growth will continue in 2015 at “a significant level” although not as high as in 2014 and 2013.

Ramirez said Renault has turned a corner on its residual value performance after suffering a long-term decline since 2004.

“Product is number one – Clio and Captur were the core models to pull the brand up,” Ramirez said.

“But it’s also about our policies on how we manage our sales, not entering into channels that impact on residual values. We have a balanced approach and not over-extending is a key part of the strategy."