Dealers warned not to lose out on rating refunds and savings 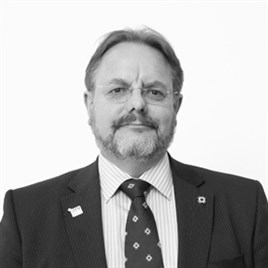 Car dealers are being urged not to sacrifice tends of thousands pounds in rating refunds and savings.

Brown said: “The rates that businesses pay on their premises are linked to valuations which have previously changed every five years. The last

such review took effect in April 2010, but the Government announced a couple of years ago that the revaluation expected to happen this year would be postponed until 2017.

“Then last December, the Government said if businesses lodged appeals against rateable values on or after April 1 this year, a successful reduction in valuation would mean payment reductions only applying for the two years between that date and the end of March 2017. In other words, refunds and savings would no longer be backdated for the full period since the last revaluation took effect, which has been the practice until now.”

Brown said the Government was therefore hitting businesses with a "double-whammy".

Firstly, it had postponed reviewing rateable values which, in many cases, were punitively high, compared to current rental values. Now, it was preventing businesses from reclaiming five years’ worth of over-payments which their successful appeals would have officially confirmed were excessive.

He said: “It’s not surprising, particularly in the light of the earlier blow and the second hit being announced at short notice, that Chancellor George Osborne didn’t choose to highlight  the latter in his Autumn Statement and this very significant development for business ratepayers was only revealed in the accompanying paperwork.”

Providing an example of how a business could be affected by reduced payments applying for only two years, rather than seven, Brown said: “Sanderson Weatherall recently advised one company in the motor trade on a successful appeal that saw the rateable value of a particular property cut from £207,000 to £162,000. The business will now save more than £122,000, as its appeal was lodged before March 31, 2015.

“But if the appeal had been submitted on or after April 1, the company’s gain would be less than £46,000, meaning lost refunds and savings totalling over £76,000.”

Brown said rates were typically a business’s third biggest outgoing, after rent and staffing costs. It was therefore vital that qualified and experienced rating professionals should examine valuations urgently, with a view to any appeals needed going in before the deadline.

He said: “The clock is ticking and many businesses should now be in a race against time to beat it. However, not necessarily through their own fault, many aren’t even at the starting line yet.”

Sanderson Weatherall rating surveyors are carrying out full-scale reviews of all their retained rating clients' properties with the forthcoming cut-off point in mind.