Guest opinion: the similarities in dealership warranty sales and the bunco booth 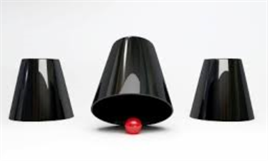 Author: Philip Harmer is a senior partner at Stormcatcher Business Lawyers based in Surrey. He is a laywer, speaker and regular commentator on employment and business law.

'When does a 12-month used car warranty only last nine months?

It’s not a trick question, but it is a trick, a misdirection or perhaps more accurately, a misrepresentation.

The issue surrounds the seemingly unambiguous statement in a recent visit to a franchised dealership that used cars which are outside manufacturer’s warranty are sold with a three month warranty. In other words it’s included in (and regardless of) the price.

However, customers who opt to buy a '12 month warranty' actually receive a so called 'nine month top-up' aggregating the “three months” included.

While it may appear to some to be nothing more than semantics, in reality it’s more akin to the infamous ‘bunco booth’ cup and ball trick.

In the first instance, the customer is clearly shown the ball under the cup, representing the package which includes a three-year-old car and its three-month warranty. Throughout the ensuing proceedings, the customer gains confidence by successfully identifying the cup containing the ball.

Then another distinct and separate ball is added, the '12 month warranty' an ancillary contract which could be purchased through any number of firms at any time post purchase.

The negotiations commence and the cups concealing the balls are fluidly interchanged until finally the deal is struck and the cup selected, which might conceivably be expected to reveal both balls.

Instead, the two balls have merged to make one slightly larger ball representing the car with a 12-month warranty and apparent evaporation of the three-month inclusive warranty.

Naturally, these avenues of analogy and contention have been well researched by the eponymous dealership and will be argued as being a “training issue,” although there will some that suggest that the bunco booth is an anachronism which belongs in a Dickens' novel and not from any international manufacturer in the 21st century.'