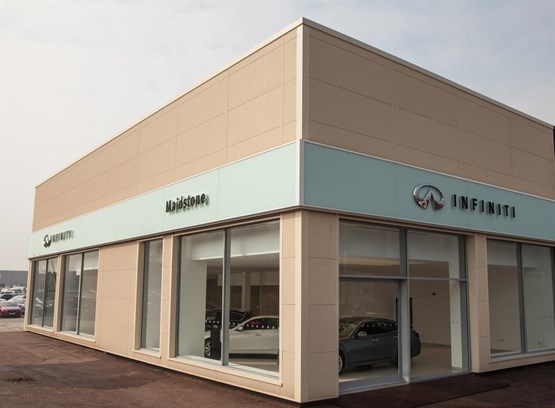 FG Barnes Group will open the doors to its brand new Infiniti centre next week in Maidstone, Kent.

There will be at a VIP event on the evening of Thursday 26, and to celebrate the Malaysian Grand Prix taking place that weekend; an Infiniti Red Bull Racing Formula One car will be on show throughout.

Alongside the race car will be a race simulator and a reaction speed test machine giving everyone the opportunity to test their own driving skills, with the fastest times winning some great F1 prizes.

British Touring Championship team ‘Infiniti Support Our Paras Racing’ driver Richard Hawken will also make a special guest appearance, alongside an Infiniti Q50 BTCC saloon race car, on Saturday March 28 from 1:00pm until 3:00PM, to meet fans, answer questions and sign autographs. The race car will remain in the showroom until close to the race weekend.

Any proceeds raised throughout the weekend will go towards the official charity of The Parachute Regiment, ‘Support Our Paras’.