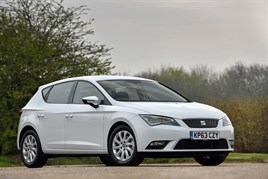 What Car? has revealed that the Seat Leon 5dr SE Ecomotive 1.6-litre TDI is the most fuel-efficient car tested by its True MPG team, over the last 12 months.

The Seat’s 63.2mpg beat off competition from more than 200 other models.

The most efficient vehicles tested over the past 12 months 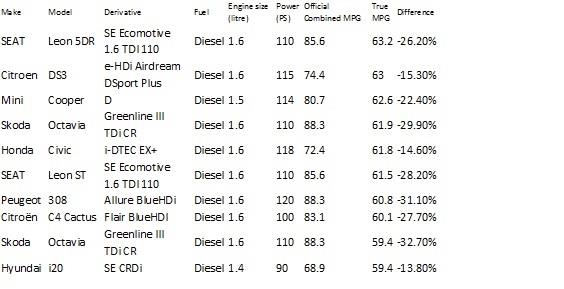 Vauxhall’s VXR8 was the least efficient overall, recording 19.5mpg; however, the Seat’s table-topping figure was below its claimed figure of 85.6mpg – a result of manufacturers being forced by legislation to test their cars in laboratory conditions.

Least efficient vehicles tested over the past 12 months 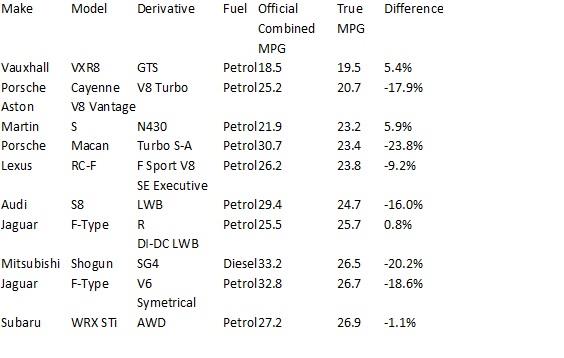 The Citroën C3 VTR+ e-HDi Airdream remains the most efficient car on the road, according to its True MPG analysis team, achieving 70.3mpg.

WhatCar? editor Jim Holder said: “Buyers get frustrated when they can’t achieve claimed fuel economy figures. That’s because the official EU tests are carried out in a laboratory under very specific conditions that don’t reflect real-world driving. However, we took action a few years ago by launching True MPG and have published real-world figures for hundreds of popular vehicles since.”

The testing has also highlighted an unexpected trend among high-performance cars for getting closest to their official claimed fuel economy figures, with the likes of the Aston Martin V8 S achieving 23.2 instead of 21.9mpg, and the new Jaguar F-Type R achieving 25.7, compared to its official 25.5mpg.

Alternatively, the Ford Fiesta Zetec S was furthest away from its EU-sanctioned fuel economy, coming in 37% below claimed consumption figures.

Whatcar.com True MPG data is scientifically calculated by experienced engineers, who drive test vehicles over a variety of real roads, including motorway, A- and B-roads and in towns and villages.

AM Poll
Which aspect of your business will require most focus in 2021?
Vote
View all
1053