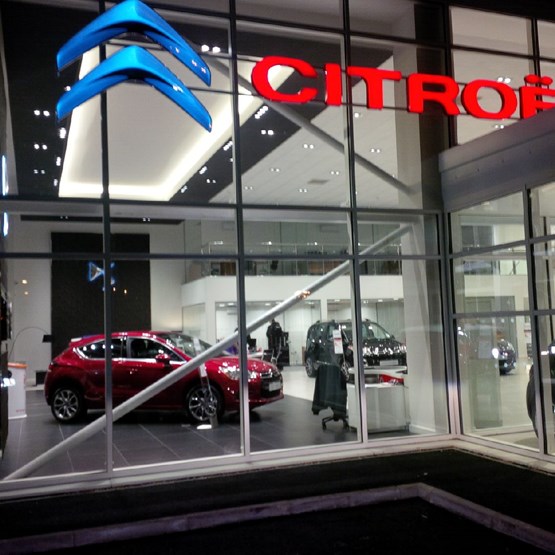 The family-owned car dealer already represents Citroen nearby at Christchurch and has a dual Citroen and Vauxhall dealership in Salisbury.

Headed by Robert Wilson and his sons Stephen and Charlie, Penton Motor Group will celebrate 25 years representing Citroen this year.

The new dealership, on a 3.25 acre site off Holes Bay Road, includes 12,000 sq ft of showroom, a 12 bay workshop and parts centre, a forecourt for up to 200 used cars, and includes the new DS lounge area concept which the company said is the third of its kind in the UK network.

Penton Motor Group has invested more than £4.5 million in the project, which also includes an extra 5,500 sq ft showroom and workshops for further expansion or investment income.

Robert Wilson, managing director, said: "We have very high expectations for our new dealership, which brings a Citroen sales service and parts facility, back into the heart of Poole after a five-year gap. The Poole TIV is much larger than either of the other two locations where we have been operating successfully for many years.

“Our name has long been synonymous with Citroen in this area, but it has been a big ask for Poole customers to trek across Bournemouth to our Christchurch Dealership until now. We will have to rebuild the representation for Citroen after such a long absence from Poole.

“This is our third and largest new build dealership facility since 2012. Penton now has three new large modern fully corporate freehold sites, a solid financial base and an excellent team in place. We face the future with great confidence.”

Wilson said the new addition completes a triangular market area under one ownership spanning from Salisbury to the south coast of England.

“The economies of scale for our group will make our sales and service offering much more efficient and competitive for our customers,” he added.

Group turnover is expected to increase 50% to between £45 and £50 million when both Citroen Poole and Vauxhall Salisbury are fully on stream. The Vauxhall business was added at the end of 2012 after the collapse of Approach group.